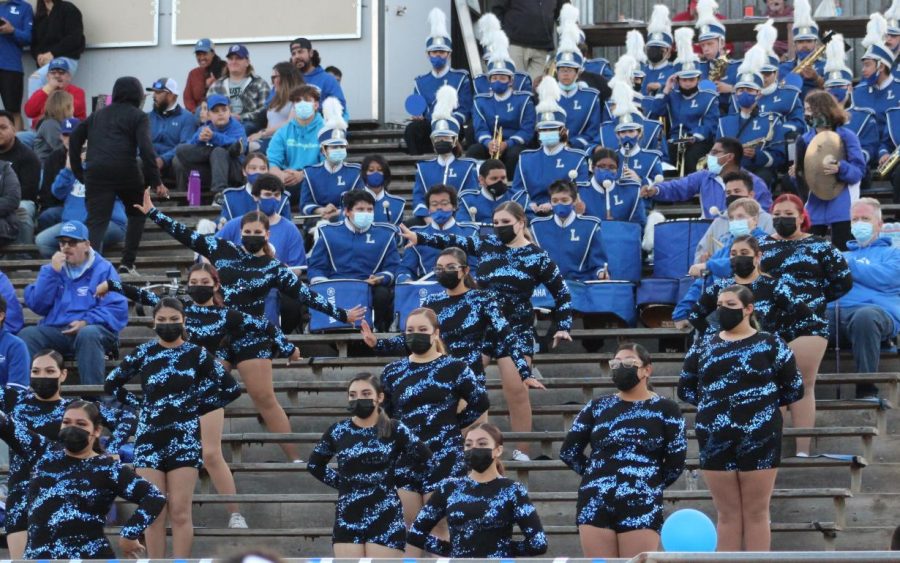 Danceline stands to dance a traditional routine to band's accompaniment of Tomahawk.

You may have seen their twirling flags at football games, performing with band, or at assemblies: it’s Lompoc High’s Danceline team! Danceline is our dance and color guard team. This means they collaborate with the Lompoc High marching band often and perform choreographed dances for the halftime shows at football games. They even do an annual showcase with Cheer, normally taking place every April.

For the past two years Selina Villa, a former Danceline member, has been coaching the team. However, because of COVID-19 a majority of their meetings were via zoom. It was only until October of 2020 that they were cleared to come back to meeting in person. Since then, things have been going back to semi-normal and the girls are excited to show the crowd some new tricks they’ve got up their sleeves. Lompoc High Danceline always puts their best foot forward in community events, such as the Christmas parade every winter and the Flower Festival in the summertime.