Slithering Back into the Quotidian 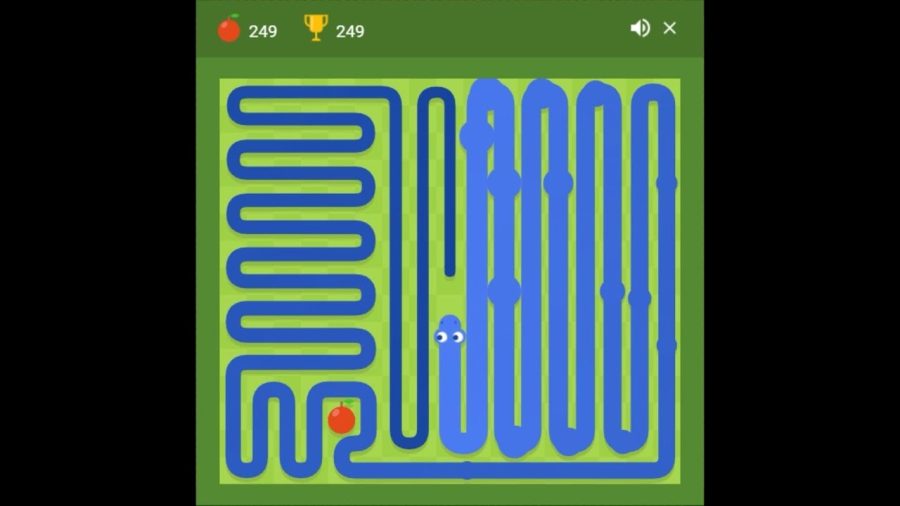 Don't run into it's own tail! Get the top score!

Google’s Snake is a game in which the player maneuvers a snake around a 255 piece square border, with the goal of collecting apples. Collecting the apples makes the snake instantly longer. Mistakenly running into another part of the snake while collecting or running into the screen border is game over. The game design of Snake dates back to the arcade game Blockade, which was developed and published by Gremlin in 1976. The ease of Snake’s implementation has led to hundreds of versions on several platforms, but the newest version is Google’s version of the game, published in 2017. The attention of many students was caught especially because it’s free to play, easily accessible to diminish boredom quickly, and it allows a challenge for peers/classmates competing for the highest score.

The relevance of this game before Covid was fairly high. However, during at-home, distanced learning Snake was less popular. Until now! Being back in school, students are hooked again. With any free time or boredom, students open Snake in their Google browser immediately! Each round is different from the other, never really knowing the potential of the final score. A unique factor of Google’s version is the choice to change the color and speed of the snake, the size of the border, and the “food” it consumes to extend the snake’s length. Although Snake lost its relevance during the world’s reset, it made a comeback at the top of this school year! So, with any free time or a new peak of interest from this read, give Google’s Snake a try!