Adolescence: a turbulent time in a person’s life remembered by intense stress, indecision, and existential questioning. 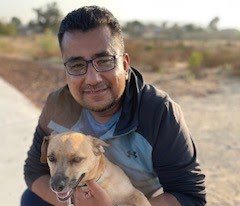 A Release in Pressure

Adolescence: a turbulent time in a person’s life remembered by intense stress, indecision, and existential questioning. If development is founded on struggle, then this era is no different for: in addition to a ripening body, modern teens confront unrealistic competency standards, doubt in their ambitions, and their first experience with consciousness over their emotions and the state of their lives. Over time, failures to meet expectations feel like slices in self-worth and further obstacles to success feel like a thousand pounds on the soul. Pain builds up. Tension, too. And without a person to confide in, those feelings become worse.

For functionality’s sake, there needs to be some release, some healing that takes place to rebuild the mind after stress takes its toll. And, luckily, tucked comfortably away in the shelves of the Administration/Counseling office, there are people who create space for untouched emotions to breathe and ways for problems to be solved. Enter one of the school’s three new social workers: Isaac Delcastillo.

Upon stepping into his office, there’s a kindness that stretches beyond unfamiliarity– a comfortability that exists in spite of lack of acquaintance. Refreshingly, any awkwardness or tension in the room arises not from any harsh judgment of Isaac’s, but rather solely from that innate weirdness of getting to know someone.

And this supportive safety is a consequence of Isaac’s conviction. He notes that “[his] approach has always been very therapeutic”, emphasizing “that way [the people he’s talking to] can feel relaxed.” Mr. Delcastillo loves what he does, and that passion bleeds into personal aspects of his being.

He takes the emotional atmosphere into account and it’s very present in his behavior. Isaac speaks with a level of respect and care for the other party. As he talks, his posture remains relaxed and as he inquires about a person’s experience there’s a friendliness and concern in the round excitement of his voice. He recreates the casualty of normal conversation in his sessions (even preferring people to call him by his first name) and it’s what makes him so easy to talk to.

There’s no rigid power dynamic. Interactions don’t feel like they’re taken at an angle and combined with the lack of judgment, it’s a fun room to be in. Teenagers don’t often get to see the relatable sides of authority figures and so having someone like him really changes a person’s outlook on other staff. And there’s this conscious intention to it. With his Masters Degree education, Isaac thinks about personal progression stating: “At this stage of development, there’s so many pressures… [the] body is going through all these changes… all these social pressures… all these academic pressures, so there’s a lot going on.” Isaac, in comprehension of all of that, forthrightly “want[s] [his] students to feel comfortable”.

Isaac notes that he’s “always been a service-type of person”, someone that “giv[e]s something back to the community”. It’s in his family history with his brother, step-father, sister-in-law, and mother all being in service-type positions from nursing to counseling. Not breaking the cycle, he inherited this want to give back and it’s perfect for someone of his occupation.

Isaac’s specialty is therapy; a process he defines as “talking to someone about what [one’s] thinking and about what [one’s] feeling”. Upon his first meeting with students, he typically creates conversation. He assesses the situation, how the person feels, and who they are all through small talk like how a person’s day is. Isaac listens, as aforementioned, and he does his best to make sure new students feel comfortable. He understands that “sometimes [people] don’t always vibe” with the person who’s offering assistance and he wants to make sure students aren’t put off by counseling or the help it can offer them. Even if the therapy isn’t done with him around, Isaac ensures that the students aren’t afraid of getting any help they might need. He has this intimate and genuine understanding and care for these students.

And it speaks to his prior experience. He “was working at Hapgood and La Honda, not for the school district, but for this agency called FSA [Family Service Agency]”. There, too, he was a therapist and such a history makes him “already comfortable being here working with kids and the school”. When he would help kids, he would “do a lot of art therapy (coloring)” and he would just ask students questions as they drew. He says “it’s something tactile so they’re focusing on that… and whatever comes out comes out”. In other words, even when talking about serious issues, Isaac makes it so students don’t have to confront a fear of intimacy. They don’t have to be close or look anyone in the eye as they speak, Students can be fully distracted as they work past what’s hurting them. And if art’s not the way, he even employs stress balls, stating “believe it or not, they actually work”.

Essentially, Isaac’s an outlet for anyone that needs to speak their problems out. He likes helping the community and he’s a great listener so, he’s very well up to the task. And he reminds students it’s not required at all. Like he says: “I don’t impose myself… even here, I tell students [they] don’t have to talk to me”

The man is very much a part of fun nerd culture. In his freetime he loves to watch Marvel movies, saying “I’ve seen every single movie, everything”. The same passion he has for his job, he carries to his home-life. Isaac is, as people tend to be, three-dimensional and having such a common enjoyment makes him all the more fun to talk to. Even just for entertainment, one could discuss their opinions of new Marvel media with him.

And he’s certainly not judgemental of niche interests, either. One of his favorite games is an older classic: World of Warcraft. And he’s not embarrassed of it. As long as it’s not hurting people, he sees no issue with enjoying something that’s unorthodox.

At the end of the day, Isaac is a person too. Even having his experience and expertise, he says: “I have sadness, I have anxieties… I have bills to pay!”. There’s a relatable human behind the person offering help.

He does a fine job of creating boundaries between who he is and what he does. He states “I can only do so much and I know that”. Isaac also stresses the importance of such boundaries and knowledge for anyone considering a similar position to him: “We have to process our cases… I turn off my work phone when I’m done [with work]. I also have friends who are counselors in other districts… I process it with my fellow clinicians and they also happen to be my friends”. Therapists and counselors have to, otherwise they’ll “ become angry and bitter”

As someone who deals with parental trauma, his advice to future parents is “to not be afraid of counseling” even though “there’s a lot of stigma”. Like he said, it’s just conversing with people about thoughts and feelings. Simplified, counseling is “venting” (not in the Among Us way) and, with a good counselor like Isaac Del Castillo, a lot of stress can be released. “I have to advocate for my profession, it’s not a scary thing”, he states.

Needing help doesn’t make anyone weak. Similarly, needing someone to talk to about issues doesn’t make anyone “crazy”. Isaac even says: “we don’t use the term crazy ever”. His goal isn’t to patronize people or make them feel inept or incapable. Shown by his action, he wants to make people comfortable. As he says, “we don’t do that [think people are losers] that’s not our job”.

“My major goal is to grow into this role because its so new… that I don’t know what exactly they want from me. I just want to see how this looks like” he says about his future. One thing’s for sure, as he states “I’m here to support students”. Isaac wants to care in any way that he can, even “incremental” ones. As he asserts, therapy can even be five minutes.

Truly caring and lighthearted, Isaac’s name “in Hebrew means laughter” and he “like[s] humor”, he “like[s] to laugh”. He’s someone who’s very intellectual in the way he cares about people and it makes his role so much more effective. It’s amazing to have people like him on campus.