What the boys soccer team has been doing during this pandemic 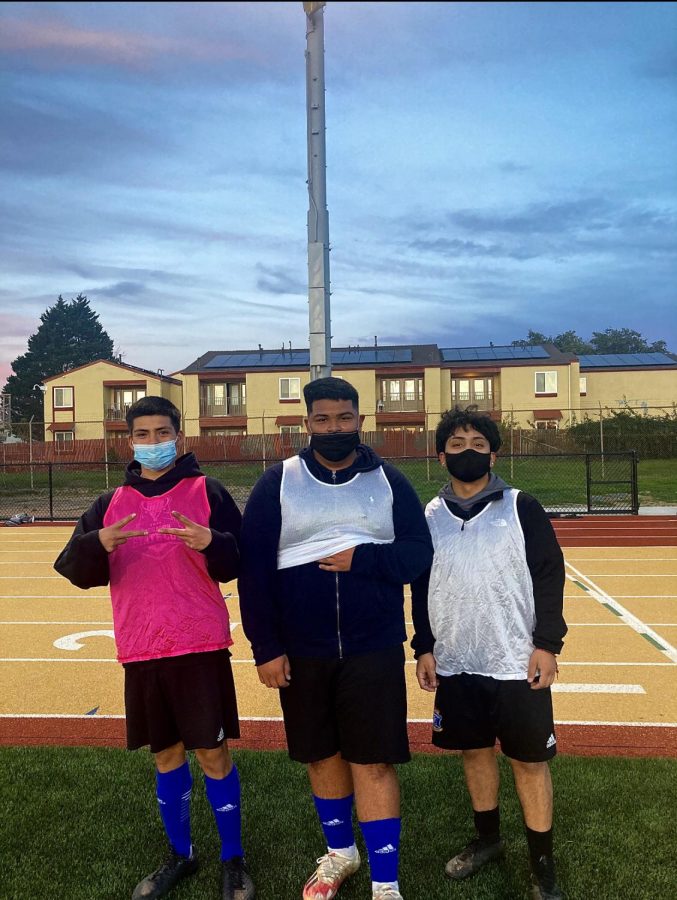 I absolutely hated physical education while growing up. Needing to go drink lots of water and being so out of breath. These guys love water that they are willing to do so much.

Getting to interview the players conditioning during Covid amazed me how they would do anything to play a normal season with their team. As of right now, the coaches have said there is a chance they’ll possibly play, However, they are not able to have a season because of the virus. If everything is going on track, then they will most likely be having their first away game on April 5th and 5 other games soon. The coaches love their jobs and are happy to get their athletes out of the house in some way. Most of the players are looking forward to playing and they believe that the pandemic will not affect their experience too much. As one player puts, “The only thing that would be different on game days would probably be having to social distance during warm ups and bus rides.”

Their training schedules aren’t so crazy they only practice on Tuesdays and Thursdays from 5 till 7. I asked one of the players who their coach was and how that coach trains them. Bubba replied “There are two coaches, coach Jaymo and coach Robert. They train us pretty effectively, they take the basics of soccer very seriously and make sure we have them on lockdown for games. They also follow all the rules for the pandemic and make sure we follow them respectively.” With their passion and the coaches guidance, I know they’ll reach their off-season expectations.

Even though they are just getting ready for the season right now, it doesn’t stop them from having a good time and having a correct mindset while playing. Playing is mental as much as physical. The way they keep the atmosphere up is important to the way they play. I’ve asked Xavier, “How do your teammates make practice fun? Who do you think is the biggest goofball on your team?” He states, “My teammates make practice fun by giving it 100% during drills. But, when we are on water break or waiting for directions, every now and then, someone will crack a joke and get the whole team laughing. As for the biggest goofball I’ll probably say Emanuel De Luna.”

Playing soccer makes them really happy whether they are playing for fun or seriously. For most of them it helps them take off stressful things that are going on.